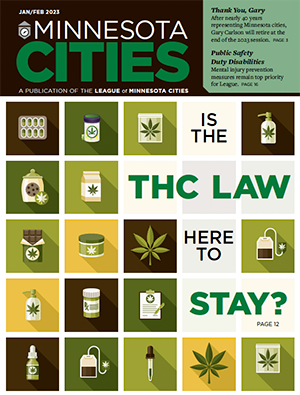 Public safety employees face situations in the line of duty that put them at risk for mental injuries. In recent years, Minnesota has seen troubling trends around public safety duty disabilities related to post-traumatic stress disorder (PTSD). Fortunately, according to experts, the risk of a mental injury can be lowered by implementing preventive measures, such as robust wellness programs, normalizing conversations about mental health, and providing access to tools like peer support. Medical experts, including the Mayo Clinic, agree most people diagnosed with PTSD can be successfully treated if they receive timely and appropriate professional help. 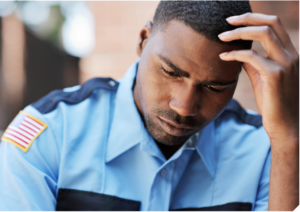 City officials and public safety leaders, with help from the League of Minnesota Cities, have been working to implement mental injury prevention measures. The League has launched the PTSD and Mental Health Toolkit and has partnered with several organizations to promote awareness about the importance of implementing public safety mental wellness strategies.

The League of Minnesota Cities Insurance Trust (LMCIT) established the Peer Support Advisory Board and sponsored a Department of Public Safety (DPS)-approved peer support training course that meets the new DPS 30-hour requirement for anyone wanting to become a public safety peer-to-peer counselor in Minnesota.

The League believes there is a role for the state in implementing policies and funding to increase mental injury prevention and treatment initiatives so first responders will stay healthy and on the job, and those that become injured can recover from mental injuries and return to work.

Despite the best efforts of such stakeholders as the League, the Association of Minnesota Counties, the Minnesota Chiefs of Police Association, and the Minnesota Sheriffs’ Association, a bipartisan bill to help address troubling trends around public safety duty disabilities related to PTSD did not become law in 2022. As a result, the human and financial tolls of these trends have continued, and the high rate of duty disability retirements is contributing to the destabilization of the Public Employees Retirement Association Police and Fire (PERA-P&F) Plan.

According to the Public Employees Retirement Association (PERA), the number of public safety duty disability claims began to consistently climb in 2019. Following are the number of applications PERA has received in recent years:

More than 80% of the applications are related to PTSD. While the perception may be that claims are coming only from the state’s largest cities, 39% of the claims are from outside Minneapolis and St. Paul.

The bulk (95%) of the applications are from law-enforcement employees, although law enforcement makes up only 80% of the PERA-P&F Plan, with firefighters making up 20%. Fewer than 1% of applications are denied by PERA, which must follow eligibility criteria set by state law.

When the PSOB law was enacted, the state was fully reimbursing employers for the cost of complying with the continued health insurance mandate. In the early 2000s, the Legislature stopped fully funding the reimbursement account and passed an amendment to the statute that said employers would only be reimbursed on a prorated basis. As of the end of fiscal year 2021, the state was only reimbursing $1.367 million of the $10.691 million requested by employers.

Since 2013, 380 PTSD claims had been received through 2022. Through 2020, LMCIT made indemnity or medical payments on more than 43% of those claims. LMCIT has paid out $23.9 million, the vast majority for medical and indemnity costs. Incurred costs, which include amounts paid, plus amounts set aside for future payments, total more than $46.8 million. PTSD is now the single largest projected source of workers’ compensation claims across all job classifications covered by LMCIT. The average age of individuals making PTSD workers’ compensation claims is 42.

In 2022, citing the human and financial tolls of PTSD injuries, along with pressing public safety recruitment and retention challenges, the League’s Board of Directors adopted a legislative policy calling for the Legislature to help address public safety duty disability trends. The policy was promptly identified by the Board as one of the League’s legislative priorities for the session. The policy called for:

During the 2022 legislative session, Rep. Jamie Long (DFL-Minneapolis) and Sen. Jeff Howe (R-Rockville) introduced legislation that was informed by the League’s legislative policy. The measure included full state funding for the PSOB, with reimbursement provided on the condition the employer has implemented mental injury preventive measures. It also required new pre-service training aimed at mental injury awareness and prevention.

Despite early momentum and widespread understanding of the problem, the bill did not pass. Stakeholders agreed on the provisions related to PSOB funding and mental injury prevention, but public safety labor representatives and attorneys who represent injured employees were not comfortable with the package.

The Department of Labor and Industry’s Workers’ Compensation Advisory Committee discussed the bill, but did not take a vote to recommend its passage. On the House side, the bill was amended and passed out of the Public Safety and Criminal Justice Reform Finance and Policy Committee, but it did not progress after that. Supporters attempted and failed to secure a hearing on the measure in the Legislative Commission on Pensions and Retirement.

Since the conclusion of the 2022 legislative session, a new concern has emerged. According to PERA, the funding ratio in the PERA-P&F Plan has dropped precipitously in one year, and the number of duty disabilities is a contributing factor along with volatile investment returns. The plan was funded at 106% on June 30, 2021, and saw a negative 6.4% return as of June 30, 2022.

PERA reports the increased disability rates are likely to add about 4% of payroll to current cost estimates, which are based on the total number of active employees remaining steady. These assumptions are now in question due to recruitment and retention challenges.

The plan is not in a good position to fund contribution decreases or benefit increases, which labor groups sought in 2022. The persistently high disability rates carry significant costs that may require higher contributions and/or limit the fund’s ability to provide higher cost-of-living adjustments for retirees.

Looking ahead to the legislative session

The League will advocate for the state to partner with employers and public safety personnel to optimize first responder wellness and curb the number of employees leaving the profession with a permanent disability. The League will engage stakeholders in the legislative arena to work collectively to advance measures that recognize the risks of public safety jobs, provide critical support for first responders, and protect the benefits that exist to compensate injured employees.

Learn more about how to engage in the League’s advocacy efforts on public safety duty disability — check out the League’s Public Safety PTSD Duty Disability Advocacy Toolkit at lmc.org/DDToolkit.

Anne Finn is assistant intergovernmental relations director with the League of Minnesota Cities. Contact: afinn@lmc.org or (651) 281-1263.