Cities work with developers to ensure new developments and improvements are safe and consistent with community goals.

Question: Why are developers required to work with cities?

Answer: When developers approach cities to subdivide land (make smaller parcels out of a larger tract), developers must follow the land use rules (the city’s zoning laws and “subdivision ordinance”) established by the city for the benefit of its residents. Cities work with developers to ensure improvements like new streets, sidewalks, trails, sewer, water lines, and stormwater systems are safe and in good working condition, and the project is consistent with the standards of existing properties.

Question: What do fees pay for?

Answer: Development fees cover the city’s costs related to the review, approval, and inspection of the development. It includes significant time of many highly trained municipal professionals, including but not limited to, those in the administration, planning, community development, engineering, fire, and legal departments.

Cities are authorized in state law to seek reimbursement for these costs. Based on each city’s planning and development process and the many variables that impact the expense to the city, these fees will vary and do not always cover city costs.

Question: How do residents benefit? What’s in it for them?

Answer: When people invest in their homes, they expect them to last. Cities ensure a lifetime investment is done right, to code, and without potentially hazardous shortcuts. The review and inspection are completed to protect residents and property owners. For example, future residents of the development can be confident that the grading of lots and design of the stormwater system will work together to prevent flooding in an extreme rain event that could occur after a developer has completed the structure and sold the property. In addition, the city (i.e. taxpayers) “own” improvements to things like streets and sewers, and benefit from the work being done correctly.

This process also ensures that the development meets the city’s health, safety, and welfare standards, which are described in city ordinances. Common charges include sanitary sewer and water hook-up and access charges, which provide for services like plumbing and clean drinking water. In addition, cities have authority to require developers to dedicate a reasonable portion of land within the development to public use for such resident needs as streets, utilities, and park areas.

Question: How would a city pay for these projects without developer fees?

Answer: Cities are constantly trying to control property tax burdens on residents and businesses. If cities are not able to charge builders to pay for real city costs related to private development, the costs will be paid by current homeowners, local businesses, and other taxpayers.

Question: Why not use special assessments?

Answer: While this is an option, there are some significant risks to cities. For example, if the city installs the public improvements but the developer doesn’t finish the project or the subdivided lots do not sell and sit empty, the city will face delays in recovering its costs and could be forced to charge taxpayers for the bill.

Question: How are fees calculated?

Answer: Fees are calculated based on the cost of inspections and the valuation of the development. The fee pays for inspections, but the cost for a city to accommodate a developer goes well beyond this one service. It includes significant staff time of many highly trained municipal professionals, including but not limited to, those in the administration, planning, community development, engineering, and legal departments.

Minn. Rule 1300.0160 states that fees must be fair, reasonable, and proportionate to the cost of service, but it also states that building permit fees are based on valuation. Based on each city’s planning and development process and the many variables that impact valuation, these fees will vary and do not always cover city costs.

Cities set fees to cover costs incurred by reviewing, investigating, and administering an application. State law requires that these fees must be fair, reasonable, and have a connection (nexus) to the actual cost of the service for which the fee is imposed. In addition, the need must be roughly proportional to the size and proposed use of the development. For example, in a five-house subdivision, it may be reasonable to require dedication of land for a small public playground, but not multiple acres for a community park. Some fees are required to be based on the appraised value of the land. On request, a city must explain the basis of its fees.

Question: Why are regulations and fees for developers so different from city to city?

Answer: Subdivision regulations vary from city to city because each city has different development and planning goals, which are tailored to the unique attributes of their community. For example, one city may value preservation of agricultural space, while another city values the creation of affordable housing. Some fees are required to be based on the appraised value of the land, which is an additional reason why they can be different from city to city and even from neighborhood to neighborhood.

Question: What happens to money collected after the project is complete?

Answer: If there is any leftover money, those funds are returned when all required conditions of the development are met. 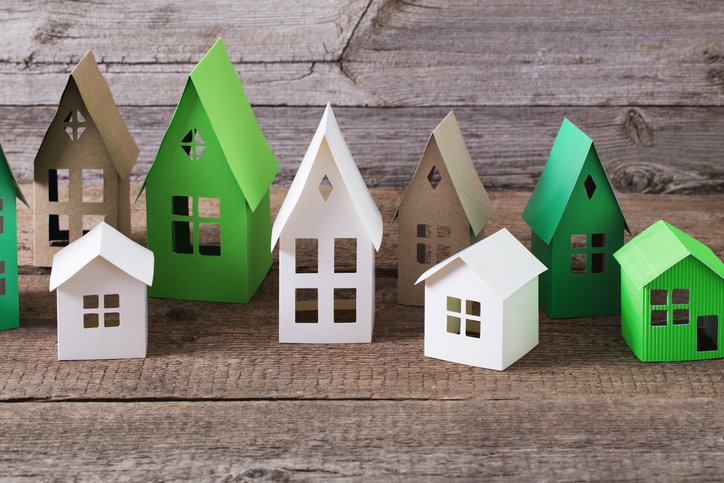