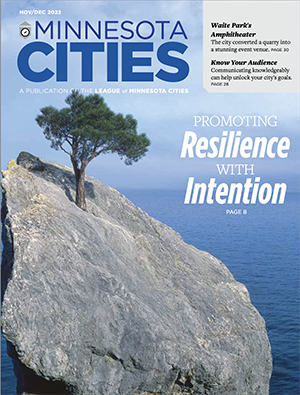 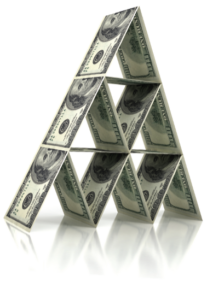 The term “structural imbalance” conjures up images of the Leaning Tower of Pisa. Even today, we hear about buildings that are damaged because they are built with foundations in unstable soils. Like a building that is improperly designed and constructed, a city’s finances can be structurally imbalanced.

These imbalances may not be easily detectable and may cause a city to tip financially, year by year, until it becomes difficult and expensive to correct. Like a slowly tilting building, the impact of a city’s financial imbalances may take years to recognize and fix.

So how does a city know if it has a structural imbalance hidden in its finances? The first place to evaluate the financial health of a city is during the budget process. Structural imbalances can start to occur in two ways: by intentional actions, or by the gradual degradation of financial performance.

Intentional structural imbalance occurs most often when a city council is intent on lowering taxes or fees without offsetting reductions in expenses. For example, let’s assume a city council wants to lower its tax rate for next year’s budget year.

During the budget process, the city council may direct staff to lower the tax levy by 10 percent by using cash in the general fund reserve to pay for ongoing staff costs.

The budget is legally balanced because there are enough revenues to pay for expenses. But the longer-term prognosis could be grim. What happens when a few years of using reserves to pay operating costs depletes the general fund balance? A future city council will need to increase its levy dramatically in one or two years, or cut much more than 10 percent to make up for the lost cash. Or worse, the city may need to issue bonds to cover costs between property tax settlements.

Proper use of reserves

Plugging a hole in the budget with reserves is also reasonable when it is used for capital costs that do not occur annually. Structural imbalances can occur in a city’s general fund, or they can occur in a special revenue fund or enterprise fund.

For example, many cities build up reserves in a water fund with the plan to pay for a major plant expansion with cash. Or a city may save for a fire truck over a decade and pay most of it with cash. This use of reserves is logical and financially sound when the capital expenses come up once every five or 10 years. It also helps to specifically label in the budget what are one-time expenses versus ongoing expenses and tie the cash sources to that one-time expense.

Structural imbalances could occur if reserves are used to pay for annual or biannual capital costs — unless the city has a longer-term plan. If a city plans to gradually spend down cash over multiple years, it is important to map out the assumptions in a multi-year projection that is a subset of the annual budget document. Many cities embed those longer-term financial plans in the budget so the assumptions underlying the projections can be monitored and modified. None of us can predict the future. However, a financial projection provides a necessary road map.

Structural imbalances can also be caused by overly optimistic revenue forecasts or underestimating expenses. This is often the case for cities with new or expanded recreational facilities.

Every year, a council may approve a balanced budget without any planned use of reserves for its community center or golf course. But each year something may come up that impairs financial performance.

Maybe a bad weather year reduces revenues by 25 percent or pool maintenance costs are higher than usual, resulting in a deficit.

These events are bound to occur. However, two or three of these bad years will result in structural imbalance. These shortfalls may not appear to be a concern in small increments. They can often be hidden, unintentionally, by a loan from another city fund or account to cover the shortfalls.

How can a council or staff recognize the signs of an imbalance in these situations? Most of us are not accountants. We stumble when we are asked to explain the difference between fund balance and cash balance. But all of us know how to ask good questions.

Here are a few ways you can stay on top of budget issues and avoid a structural imbalance:

Like steering a barge on a river, changing the course of a general or other city fund will take more than a few months or even a few years. In some cases, there are deliberate actions you can take to start turning things around. For example, one metro-area city has reduced the number of holes in its golf operation in recent years while increasing the size of its more profitable driving range. Other cities have created a joint power organization to lower costs for key services such as fire, police, and planning services.

The first step to correcting an imbalance is creating a longterm financial plan for all funds. These plans do not need to be complicated multi-page spreadsheets. A simple summary should be available, but there should also be an explanation behind each of the assumptions. In addition, it should include projected cash balances in each fund.

A good second step is to approve financial policies for all funds. These policies should address procedures for inter-fund loans, mid-year reporting to elected officials, and minimum and maximum fund balances.

Over 20 years ago, a Greater Minnesota city had to ask the Public Facilities Authority (PFA) to restructure its debt because it could not meet its obligations for its water and sewer fund. Although restructuring debt can help solve a structural imbalance, it should typically be done only as a last resort. And when it is done, other actions should go along with it. Since this city restructured its PFA debt, the city has been disciplined about following its financial policies in the context of long-term planning.

For example, the city has set priorities for any annual surplus in a fund. These surpluses are primarily used to either pay off existing debt early or to pay for the general fund portion of its street projects to avoid issuing debt in future years. As a result, the city’s bond rating has increased five times over the past several years.

The third and perhaps most important step in fixing a structural imbalance is making sure that the staff and council “own” their financial plans and policies.

Consultants may be helpful in jumpstarting the process or doing the math, but only staff and council can make plans become reality.

We all need to plan for the future and be prepared to handle the occasional financial surprises. A good financial foundation is established for cities when the staff and council engage in regular and honest dialogue about financial challenges and find ways to mitigate them.

Mark Ruff is finance director with the League of Minnesota Cities. Contact: mruff@lmc.org or (651) 215-4184. This article originally appeared in the Nov-Dec 2016 issue of Minnesota Cities magazine. Ruff wrote the article when he was chief financial officer with the City of Minneapolis; he updated it for this issue.