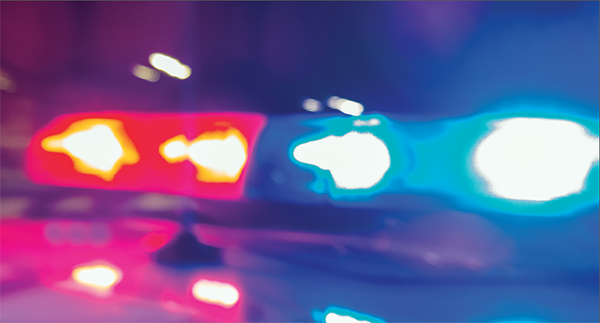 Kelly McCarthy can recite the details of her scariest moment as a police officer as if it happened yesterday.

In 2000, she was called to the scene of a crash involving a car and a motorcycle. After loading one of the passengers into a helicopter, McCarthy herself had to be saved.

“I can still feel the air from the tail rotor against my skin,” says McCarthy, now the police chief in Mendota Heights. “I was dealing with so many different things. I just got turned around. I should have turned to my right, but instead I turned to my left.”

If not for the quick reaction of a fellow responder who grabbed her, she’d have walked right into the blades of the rotor. The incident stuck with McCarthy. For 18 months, she’d have a “very physical and unpleasant” reaction anytime she was around a helicopter. The incident came up while she was in relationship therapy, and her therapist helped her work through it.

“I still don’t get super excited about helicopters, but I certainly don’t have a physical reaction to them, and I can work around them safely,” she says. “Had I not sought that mental health help, I wouldn’t be able to.”

Police officers, firefighters, and other public safety officials face life-and-death situations and see grisly scenes as a regular part of their jobs. Over time, those experiences can add up and lead to such conditions as post-traumatic stress disorder (PTSD), depression, and substance abuse.

In the past, public safety officers often ignored mental health issues, dealing with them by doing a rough workout at the gym or perhaps having a drink. There were no mental health resources available to McCarthy after her incident, the aftereffects of which she hid from the department.

But in the years after President Obama’s Task Force on 21st Century Policing highlighted the need to pay attention to the mental health of public safety officials, cities have started stepping up and doing so.

Now, in her role as chief, McCarthy advocates for having police officers regularly see a mental health specialist. “I have yet to meet anyone who couldn’t benefit from therapy,” she says.

Mendota Heights (population 11,392) has a general employee assistance program, but the Police Department is researching more specific plans. A “checkup from the neck up” program where the department brings someone in to talk with officers would be an option.

Burnsville Fire Chief BJ Jungmann’s father was a volunteer firefighter, and he witnessed firsthand how public safety workers didn’t talk about what they saw. “You could tell when a bad call happened, but nobody ever talked about it,” he says.

In the early years of his career, Jungmann says he did the same, keeping traumatic experiences to himself, though reliving them vividly and frequently. Jungmann’s outlook evolved, however, as colleagues dealt with similar situations, some through substance abuse and others by taking their own lives.

Burnsville (population 62,657) has sought to change the old-school mentality by addressing the issue upfront, creating trust around the idea that mental health is just as important as physical health. The Fire Department established a health and wellness committee that commits at least a few hours annually to training firefighters and ambulance service personnel on mental health issues and is working on establishing a peer support group.

The department also sought out an employee assistance program provider that includes therapists who have military and public safety backgrounds, so they are familiar with the kinds of incidents such personnel see.

“We have to have the right support system, so they only have to ask once,” Jungmann says. “From day one, we tell everyone it’s OK; we’re hiring a human, not a robot. We want to take care of you as a whole person.”

Buy-in from top is key

Blaine Police Chief Brian Podany says the public safety sector is making progress with normalizing treatment of mental health issues. There are officers who scoff at the notion, but their numbers are dropping. “That’s something that just gradually changes over time,” Podany says.

It’s still more common to hear officers talk about doing physical therapy or exercising than going to a mental health-related appointment with the department’s on-call therapist, but the latter is no longer unheard of, he says.

While the officers themselves — who have to trust each other on the job — must buy into such care, it also helps when there is clear buy-in from leadership.

“They’ve got to keep food on the table, so if they are worried about not having support from the administration, they are going to be even more concerned” about seeking help for mental health issues, Podany says.

When Podany became chief in November 2017, Blaine (population 66,700) already had a retired police officer on retainer as a therapist available to officers. The city has since created the Police Officer Wellness by Enhancing Resiliency (POWER) program, which includes:

There are more components he’d like to add to the program, such as financial planning, family safety planning, and addiction rehabilitation services.

“We try to establish a culture in our department of openness and normalcy of psychological wellness,” Podany says. “It’s expected that we are going to go through things in this job and life that are going to take an emotional or mental toll on us.”

Blaine’s focus on the mental health of its officers starts during the hiring process, and it may have helped with recruitment in recent years. “You build a culture, and people want to go there,” Podany says.

McCarthy agrees that when leadership shows a willingness to deal with mental health issues, it rubs off. She only mandates therapy for those involved in critical incidents. Otherwise it’s optional. But she normalizes counseling by openly telling colleagues she’s leaving early for her therapy appointments.

“There are things in this job that are going to affect us,” McCarthy says. “We should treat it like it’s any other injury. It can be treated, and it can be healed.”

So, what makes a good mental health program? It helps to ensure that departments work with therapists familiar with the special needs and experiences of those engaged in public safety work.

“If you are working with someone that doesn’t have public safety experience, they have a hard time even listening to the things we are exposed to,” Podany says. “It almost becomes more of a show-and-tell for them where they are in awe of the things officers talk about because of what we see.” 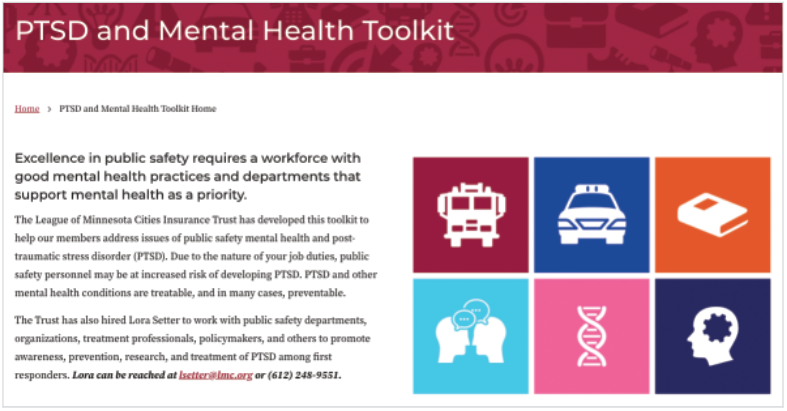 “You need to have a variety of services because you are trying to meet the needs of everyone involved,” Faul says.

A program should incorporate different areas of wellness, including physical, mental, financial, and spiritual health, she says. And it should provide multiple ways in which a person can participate, such as group programs, wellness check-ins, and chaplain or peer support.

Financial support is important because of the strain money issues can bring to already stressful lives. And Faul recommends involving families, so they have a better understanding of the stressors of the job and can know what to look for if their loved one starts having mental health challenges.

“The nature of the work of law enforcement or firefighters or anyone in a public safety field places certain demands on families and children,” she says, adding that these programs provide peer support for families and can strengthen relationships.

Faul says the act of establishing a mental health program alone is helpful because it removes any idea that someone may fear being seen as weak or singled out for taking part.

And these programs are not just for resource-wealthy metropolitan cities or suburban departments. There are resources available to help smaller cities provide mental health services for their public safety staff.

The League of Minnesota Cities recently hired former police officer Lora Setter for a position dedicated to the mental health of cities’ public safety employees. Setter is working to promote awareness, prevention, research, and treatment of PTSD and other mental health conditions among public safety officers.

The League also recently launched an online PTSD and Mental Health Toolkit with information covering different types of programs that are available to cities, resources they can tap into, and best practices for dealing with mental health challenges and creating a mentally healthy work culture. Access the toolkit at www.lmc.org/mhtoolkit.

And several local and national organizations, such as the Minnesota Firefighter Initiative, a nonprofit aimed at providing education and support to the state’s firefighters, offer resources to help deal with mental health issues and other risk factors associated with the profession.

In addition to using these free resources, smaller cities could consider starting their own mental health program or partnering with other cities to share a program at a lower cost.

While there’s not yet a formal program in place in the smaller city of East Grand Forks (population 8,875), Police Chief Michael Hedlund hopes that changes in 2021. He’s exploring options such as sending officers to an annual consultation with a behavioral health consultant.

Based on his own career and counseling he received a decade ago, Hedlund believes the department would benefit from adding this mental health component.

“My goal is to get something started for officers, so they have a potential outlet,” he says. “We’re trying to stress to them that if you are having some issues, it’s OK to ask for help.”