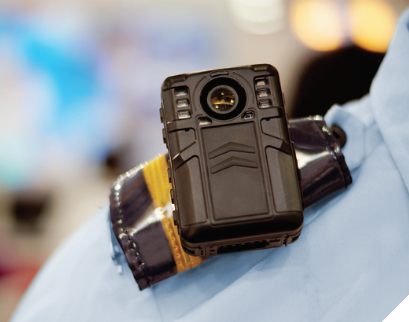 Body cameras have become a tool in many police departments across the state and country. Creating new data creates new responsibilities under the Minnesota Government Data Practices Act (MGDPA). Like all data, body camera footage comes with complications when distinguishing among public, not public, and confidential data.

The MGDPA (Minnesota Statutes, chapter 13) makes the assumption that, except for personnel data, all government data is public unless there is a state statute, federal law, or temporary classification that classifies it otherwise. Government entities should designate a responsible authority to respond to data requests. Cities often designate one individual to specifically respond to law enforcement data requests and someone else to respond to other types of data requests.

Cities are allowed to have certain requirements for data requests. They may require:

But there are certain things cities are not allowed to require. Cities may not require a data requester to identify him- or herself. They also may not charge an individual for time city staff spend redacting confidential or not public data from public data.

These are only some of the restrictions on government entities that pertain to responding to data requests. See the resources listed at the end of this article for further information on a city’s data practices responsibilities.

In 2019, the Administration commissioner issued Advisory Opinion 19-005, analyzing the statutory limitations on the classification of body camera data as confidential or protected nonpublic. (Read this opinion at http://bit.ly/AO19005.)

Under Minnesota Statutes, section 13.825, data that documents the “discharge of a firearm by a peace officer in the course of duty” is public data. Therefore, body camera footage that captures such data is also considered public. However, the commissioner concluded that the MGDPA does not provide guidance on the scope of disclosure. For example, is the camera footage of the entire incident — before, during, and after the discharge of a firearm — required to be released?

In 2020, the commissioner answered two questions in Advisory Opinion 20-004. (Read this opinion at http://bit. ly/AO20004.) First, if a city has an agency relationship with another department or agency to conduct an investigation as the city, does the city continue to have primary investigative responsibility?

The commissioner’s answer was yes, because the entity conducting the investigation is acting as the city’s agent by investigating an incident within the city’s jurisdiction. Based on this conclusion, Minnesota Statutes, section 13.82, subdivision 7 classifies any data the city has that is related to the investigation — including body camera data — as investigative data, which is confidential or protected nonpublic data.

The state DPO and the League of Minnesota Cities (LMC) offer resources to help cities navigate this new type of data created by body cameras. These include:

Christina Benson is a research law clerk with the League of Minnesota Cities. Contact: cbenson@lmc.org or (651) 281-1246.