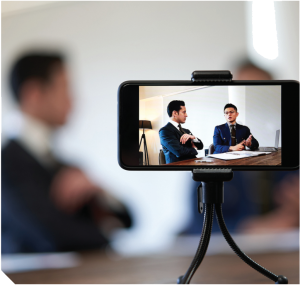 If a picture is worth a thousand words, how much more are moving pictures worth? Videos can engage your city’s audience more immediately than the written word, but creating videos is difficult and expensive, right? Not necessarily. While bigger cities often have dedicated staff to create videos, this can be a challenge for some cities. But with a little effort, your city can create web-friendly videos without hiring a professional producer, even on a shoestring budget.

So, are you ready to take a stab at creating a video? Start with something simple, such as a walk-around tour of a firetruck, options for paying a utility bill, or highlighting a new amenity at a local park. Having a vision of what you want your final video to look like will help when preparing, shooting, and editing the video. You might want to create an outline or script and a list of things to shoot.

PRO TIP: Keep in mind the video shouldn’t be too long. Try to keep it between 30 seconds and 3 minutes. Any longer, and you’re likely to lose the viewer.

Now that you have a vision for your video, think about the equipment you’ll use to create it. First off, of course, you will need a camera. For now, try creating videos with your cell phone. You can get a high-quality product from many of today’s smartphones with help from the right accessories. So, what accessories do you need to improve your video quality? Microphones, lights, and wide-angle lenses can all be used to enhance your production. For example, the right microphone can give your video much better sound. With a quick internet search for “cell phone microphone,” you’ll find several different options, many at low cost.

PRO TIP: One accessory you won’t want to be without is a tripod, stand, or other device to hold the camera still while shooting. Many low-cost devices are available to hold or stabilize a cell phone.

Once you have your equipment, it’s time to start shooting. Since the video will be edited, the order in which you shoot doesn’t matter, so don’t worry too much about that.

If you are featuring people who aren’t city employees, consider getting them to sign a media release form. This ensures they understand they will appear in a video that will be shared with the public, and provides permission to use their name and likeness, so you can avoid a possible “invasion of privacy” claim later. However, if you take video of people in a public place, such as a park, you generally don’t need to worry about having people sign releases because there’s no expectation of privacy in a public place.

PRO TIP: Shoot way more video than you think you need! This gives you a better chance of getting the shots you want. Get wide, medium, and close-up shots, and record more than a few seconds of each. Also, try to include some movement, either with panning or tilting the camera or including people.

If you find it easier to edit on computer than on a small screen, you’ll need to transfer your raw video from your phone to your computer. You may be able to use a USB cord to plug your phone directly into a computer to transfer files. If that doesn’t work, though, try using Google Drive or Apple iCloud.

While there are professional editing programs, there are also several free or low-cost applications that will be much easier to learn. An internet search for video editing programs brings up countless options, many that offer free trials. Try out a few and see what works best for you.

The choice of editing software comes down to personal preference. There is a bit of a learning curve to editing, but over time, you will start to get the hang of it and will always be learning new techniques.

PRO TIP: Whatever editing program you use, try watching a few instructional videos on YouTube to learn more about using the application.

Once you’re done editing, export your video as an MP4 file, and it’s time for its debut. Videos can be shared on all sorts of social media platforms, including Facebook, Twitter, and YouTube. If you want to put a video on your website, upload it to YouTube, and it will provide an embed code for your website.

Before sharing the video, it’s a good idea to add closed captions to meet accessibility guidelines. Both Facebook and YouTube create captions automatically, but you’ll need to manually make any necessary corrections. Videos with captions are not only more accessible, they have also been shown to get a marked increase in views.

PRO TIP: When posting on Facebook, don’t link to a YouTube video. Instead, upload the actual file so that it will auto-play to the viewer.

Want to livestream an event? These types of video productions are very common, especially during the pandemic. Both Facebook and YouTube provide livestreaming options that are free and easy to use with a single cell phone camera. And once you get comfortable with single-camera livestreaming, you might even want to try a multi-camera production.

PRO TIP: If you want to use multiple cameras, there are streaming applications available for this, such as ManyCam, vMix, Cinamaker, and Switcher Studio. Connecting two or more cell phones (or other types of cameras) to the same network allows you to switch between cameras during your production. Again, watch a few videos on YouTube to learn the process.

These are just a few ideas about creating videos. To learn more, consider joining Minnesota Government Access Producers. This group is free, meets a few times a year, and it’s a great way to exchange ideas with others who create videos for cities. To sign up for the group, send an email to tim.klausler@applevalleymn.gov.

Tim Klausler is the cable coordinator for the cities of Apple Valley, Farmington, and Rosemount. Contact: tim.klausler@applevalleymn.gov or (952) 953-2502.