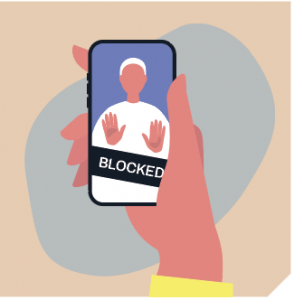 After Missouri state Rep. Cheri Toalson Reisch blocked Mike Campbell from her Twitter account, he sued under Section 1983 of the Civil Rights Act, claiming that Reisch had violated the First Amendment to the U.S. Constitution by denying him the right to speak. Following a trial before a district court judge, the judge agreed with Campbell and ruled that Reisch had violated his rights. The judge ordered Reisch to stop blocking Campbell and any other individuals because of the content or viewpoint of their speech. Reisch appealed, claiming that Campbell was not entitled to sue her under Section 1983 because she was not acting under the color of state law (i.e., not performing official actions) when she blocked him.

The 8th U.S. Circuit Court of Appeals, in a divided opinion (2-1), agreed with Reisch and reversed the district court’s decision. The 8th Circuit ruled that Reisch was not acting under the color of state law because her Twitter account was an unofficial account that she overwhelmingly used for campaign purposes. The 8th Circuit noted several factors to support its ruling: Reisch created the account the day she announced her candidacy; she solicited donations to her campaign on the account; and, for over a year, she used the account to convince her audience to support her election bid. The 8th Circuit also noted that the essential character of a Twitter account is not “fixed forever,” and that a private account can turn into an official one if it is used for official business. Campbell v. Reisch, 986 F.3d 822 (8th Cir. 2021).

Under the 60-day rule (Minnesota Statutes, section 15.99), a city “must approve or deny within 60 days a written request relating to zoning … for a permit, license, or other governmental approval of an action.” If a city fails to timely deny a written request, it is automatically approved. Four joint owners of an undeveloped lot on Lake Minnetonka, including Guy Sanschagrin, installed a dock on their property. The City of Shorewood sent the landowners a notice of zoning violation stating that the dock must be removed because it violates city zoning regulations. 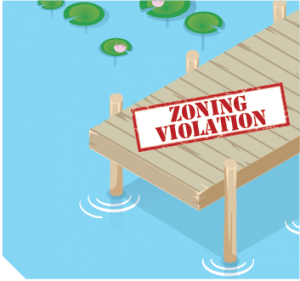 In a subsequent criminal zoning enforcement proceeding, the landowners claimed that a letter, which they had sent to the city to challenge the notice of zoning violation, qualified as a “request” under the 60-day rule. The landowners further claimed that the city’s failure to timely deny this request had resulted in their dock’s automatic approval. The district court ruled in the landowners’ favor and dismissed the criminal proceeding. The Minnesota Court of Appeals affirmed the district court’s decision and ruled that the landowners’ letter was an “implicit request” for the city to approve the landowners’ “interpretation of the zoning ordinance’s inapplicability.”

The Minnesota Supreme Court reversed the Court of Appeals’ opinion and ruled that the letter does not qualify as a request under the 60-day rule. The Supreme Court reasoned that such a letter does not qualify because it is not on an agency application form, and it does not clearly identify on its first page the specific permit, license, or other government approval being sought. In addition, the Supreme Court interpreted the statutory language “other governmental approval” to mean: “the official permission that a person must seek and receive from an agency before undertaking the specific action that the person proposes to pursue.” State v. Sanschagrin, 952 N.W.2d 620 (Minn. 2021). Note: The League of Minnesota Cities filed an amicus curiae brief in the city’s support. 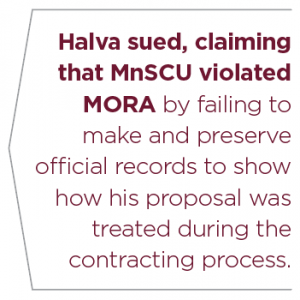 Minnesota Statutes, section 15.17, known as the Minnesota Official Records Act (MORA), states that all public officers “shall make and preserve all records necessary to a full and accurate knowledge of their official actions,” but it does not impose a penalty for noncompliance. Tyler Halva submitted a proposal in response to a request for proposals from the Minnesota State Colleges and Universities (MnSCU) for an online registration system. MnSCU decided not to score Halva’s proposal because it was incomplete. Halva sued, claiming that MnSCU violated MORA by failing to make and preserve official records to show how his proposal was treated during the contracting process.

The Minnesota Court of Appeals ruled against Halva, concluding that MORA does not create a private cause of action that authorizes individuals to sue government officials for monetary damages and equitable relief. The Minnesota Supreme Court affirmed the Court of Appeals’ opinion and ruled that MORA does not expressly or impliedly create a private cause of action for individuals like Halva. The Supreme Court noted that the Minnesota Government Data Practices Act provides private remedies for violations of official recordkeeping requirements. Halva v. Minnesota State Colleges and Universities, 953 N.W.2d 496 (Minn. 2021). Note: The League of Minnesota Cities filed an amicus curiae brief in MnSCU’s support. 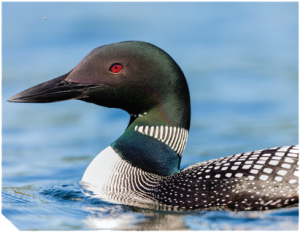 In December 2018, Smart Growth Minneapolis, the Audubon Chapter of Minneapolis, and the Minnesota Citizens for the Protection of Migratory Birds sued the City of Minneapolis, claiming that the approval of its 2040 Comprehensive Plan would violate the Minnesota Environmental Rights Act (MERA), which provides citizens with a civil remedy to protect the air, water, land, and other natural resources within Minnesota. The district court granted the city’s motion to dismiss, concluding that the plaintiffs had not identified, as MERA requires, a discrete, identifiable “project” that is likely to cause pollution, impairment, or destruction of natural resources. The district court also concluded that a state agency rule, adopted under the authority of the Minnesota Environmental Policy Act (MEPA), exempts the adoption and amendment of comprehensive plans from mandatory environmental review.

The Minnesota Court of Appeals affirmed the district court’s decision. The Minnesota Supreme Court reversed the Court of Appeals’ opinion and sent the case back to the district court for additional proceedings. The Supreme Court ruled that the district court had erred in dismissing the MERA claim, because it is not barred by an administrative rule promulgated under the later-adopted MEPA. The Supreme Court also concluded that the complaint had alleged a causal link between the city’s adoption of its comprehensive plan and the alleged materially adverse environmental effects. That causal link was sufficient to survive a motion to dismiss and to justify additional proceedings. State by Smart Growth Minneapolis v. City of Minneapolis, 954 N.W.2d 584 (Minn. 2021).

Donald Hall sued the City of Plainview for breach of contract and violation of state statute (Minnesota Statutes, section 181.13) for its refusal to pay him his accrued paid time off (PTO) after the city terminated him as the manager of its liquor store. At the time of termination, Hall had accrued 1,778.73 PTO hours. Hall claimed that the employee handbook, which generally provided for the payout of up to 500 hours of PTO upon separation from employment, provided him with a contractual right to his accrued PTO. 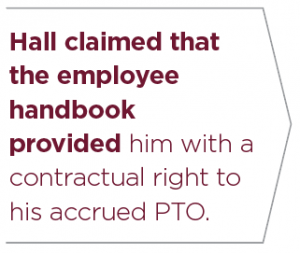 The city filed a motion to dismiss the lawsuit, claiming that Hall did not have a contractual right to PTO because he was an “at will” employee based on express disclaimer language in the employee handbook. The city also claimed that Minnesota Statutes, section 181.13 does not create an independent right to the payment of accrued PTO in the absence of a contract right for such payment. The district court ruled in the city’s favor on both issues, and the Minnesota Court of Appeals affirmed the district court’s decision.

The Minnesota Supreme Court affirmed the Court of Appeals’ opinion in part, reversed it in part, and sent the case back to the district court for additional proceedings. The Supreme Court agreed that Minnesota Statutes, section 181.13 does not create an independent right to the payment of accrued PTO in the absence of a contract right or some other statutorily authorized right to such payment. But the Supreme Court concluded that the disclaimer provisions, stating that the employee handbook’s policies should not be construed as a contract, did not unambiguously allow the city to refuse to pay accrued PTO in accordance with its policy. The Supreme Court noted that the district court had authority to address the city’s additional argument that, because it had terminated Hall, he does not meet the eligibility requirements in the policy for the payout of accrued PTO upon separation from employment. Hall v. City of Plainview, 954 N.W.2d 254 (Minn. 2021). Note: The League of Minnesota Cities Insurance Trust represented the city.