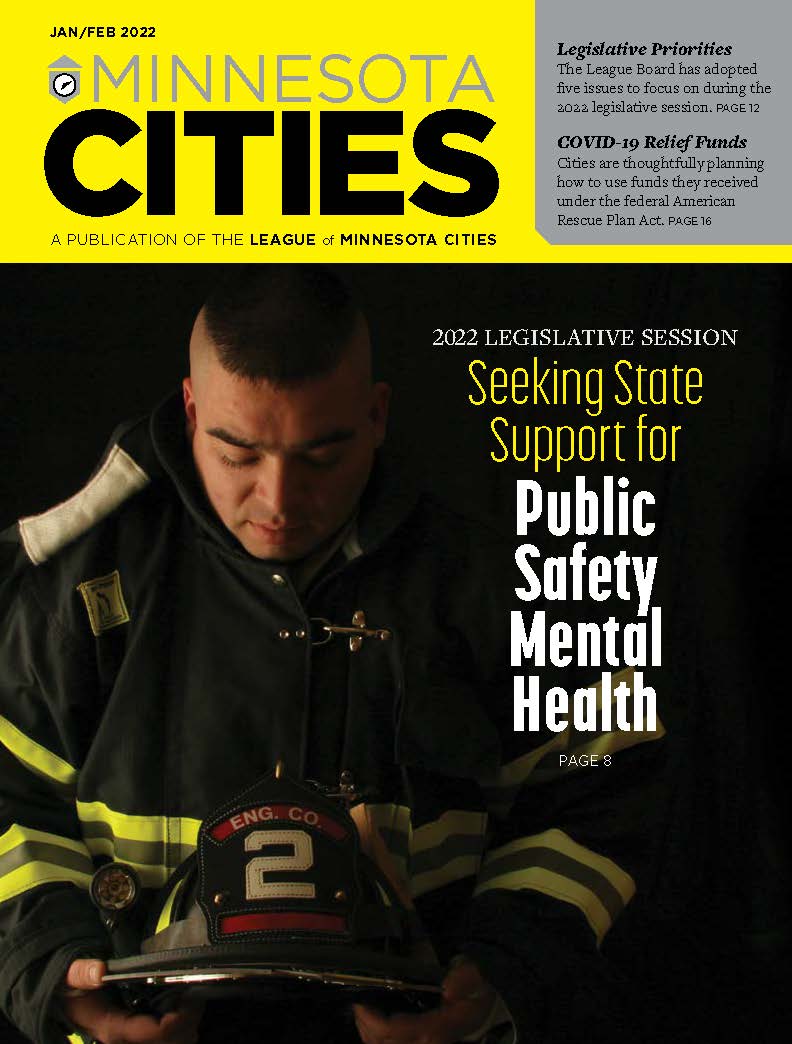 The City of Tracy in southwestern Minnesota has a vibrant downtown with several historical buildings. But the small town of about 2,000 has also seen some population decline in recent years, and city officials and residents want to reverse that trend.

In the wake of the COVID-19 pandemic — with many people moving to smaller rural areas — Tracy leaders see an opportunity. But they also realize they need a plan.

Vision for the future

“If we keep doing the same thing over and over again, we’re not going to get a different result,” says City Administrator Erik Hansen. “So, we’re creating a vision for a future and working with the community to try and figure out what that is. You know, who is Tracy? What do we want to be? Where are we going?”

That’s why the city is creating a new comprehensive plan — which will outline in great detail what its goals are and how it will achieve them.

Although not obligated by state law to have a comprehensive plan, the city charter does require one and the city has one, but it’s about 20 years old and in dire need of an update, says Planning Commission Chair Rosemary Martin.

The city is working with the Minnesota Historical Society to create a historic district, in addition to creating a strategy for revitalizing its downtown and growing its population.

“My city council would like to grow the community a little bit, not just stop the population loss,” Hansen says. “The idea is that this plan would be a roadmap for the future.”

The city enlisted assistance from the Southwest Regional Development Commission. Rosemary Bruce-White, a planner there, is overseeing the process, which started with a survey asking residents what they like about Tracy and what they’d like to see change. More than 330 residents responded, well above the 10% participation rate expected.

Near the end of 2021, Bruce-White coordinated a series of focus group events during which citizens weighed in on what they’d like to see. There’s significant interest in the future of the park system, redeveloping a Main Street business district, and growing the population, she says. Completion of the plan is expected next spring.

Bruce-White says it’s heartening that the process has been far less political than many planning projects she’s been involved in.

“During the time of COVID and coming right out of the 2020 elections, you expect everything to be divisive,” she says. “It doesn’t stop them for a single minute. Seeing how the community residents want to come together, they want to talk about these issues, and want to be a part of the solution or the community vision, is amazing.”

Planning Commission Chair Martin, who also sits on the Citizen Committee for the comprehensive plan, says Tracy has planning and zoning laws on the books from before the year 2000, and they need to be updated because as times have changed, so have the types of stores and services that will succeed in the downtown of a small city.

Martin has some ideas for changes she’d like to see, such as allowing some residential buildings in downtown, rather than only stores. She also wants to renovate an old movie theater into a community gathering place featuring the fine arts.

Primarily, she says she wants to see active participation in deciding how to keep Tracy vibrant. “We have to have a plan in place,” she says. “We have to look at this together and decide how to move forward.”

It turns out the timing is good for a new comprehensive plan, Bruce-White says.

A comprehensive plan isn’t required of cities outside the Twin Cities metro area, but with the massive infrastructure package recently enacted by President Biden, having such a plan will be helpful. More cities should do this, Bruce-White adds.

“I think mid-sized and smaller communities, more than anybody, could benefit from some sort of planning effort,” Bruce-White says. “A lot of communities find out about the money at the last minute, so they’re busy trying to find a project that fits, rather than having good projects ready to go. I think it’s definitely a good time to start thinking about the needs of your communities.”