Even before the pandemic, there were some good reasons for cities to conduct hiring interviews by video. For example, video interviews are usually shorter and involve fewer staff members, so you can do more of them, which can help broaden the candidate pool. Video interviews can be “synchronous” (occur in real time, with a live interviewer and interviewee speaking over the internet) or they can be “asynchronous” (candidates are given access to software that allows them to record their responses to interview questions).

From the standpoint of treating candidates consistently, a recorded video interview has some nice advantages. You can set up the interview questions ahead of time and establish the amount of time the candidates have available to respond to each question.

This increases the likelihood that every job interview is handled similarly, as opposed to live interviews where sometimes candidates spend too much time on one or two questions and barely have time to finish the interview. 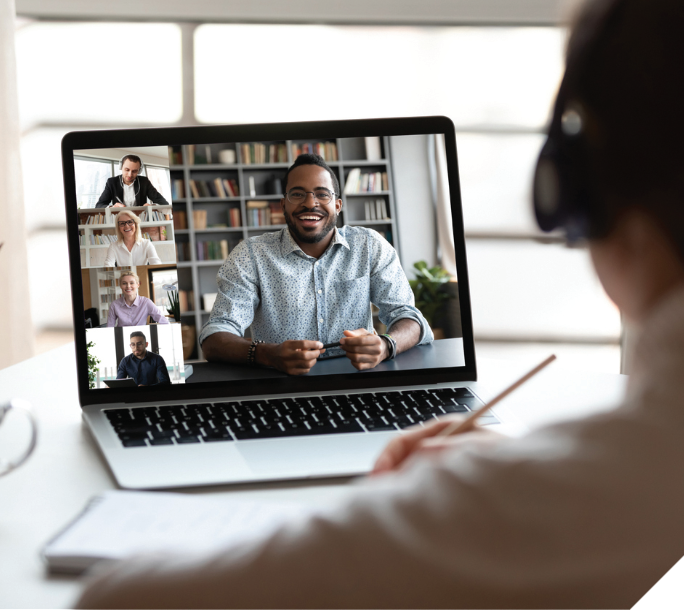 With asynchronous video interviews, all candidates get asked the same questions in exactly the same way. This method eliminates the opportunity for interviewers to paraphrase the question differently between candidates or stray from the interview protocol with follow-up questions that may be different for each candidate.

Some software applications allow you to establish set criteria by which the candidates will be judged, increasing the likelihood that managers will rate the candidates independently and consistently based on the response, without influence from other interviewers.

Asynchronous interviewing is also arguably more equitable for candidates who have limited ability to travel or get off work because they can record the interview on their own schedule from their own home and usually on any type of computer or mobile device.

Where do the courts, the Equal Employment Opportunity Commission (EEOC), and Minnesota Department of Human Rights stand on video interviews? Like the EEO laws themselves, the courts and agencies do not specifically address virtual interviews or any specific technologies. They neither approve nor prohibit them.

Instead, the same restrictions and requirements of in-person interviews also hold true for virtual interviews; the method of the interviews is irrelevant. The courts and agencies review hiring processes, including interviews, on a case-by-case basis.

Some pitfalls of virtual interviews

Although there are no legal problems with virtual interviews, the technology and resources they require could have a disparate impact on protected groups — such as candidates of color, or those who are older or disabled. So, you should consider this before implementing any interviewing software.

A 2019 Pew Research Center survey shows some discrepancies in computer ownership between people who are white and those who are Black or Hispanic. However, it shows pretty equal ownership of smartphones and other mobile devices between those groups.

In addition, while living in a rural area is not a protected status, there may also be discrepancies in broadband accessibility among various regions of the state and country. Therefore, you’ll want to provide candidates with alternatives to video interviews, such as telephone and/or in-person interviews at the request of the candidate.

Some might argue that being able to see a candidate’s skin color during a video interview could result in bias or discrimination, but of course, the same would be true during an in-person interview.

Some video interviewing software includes artificial intelligence components that purport to assess a person’s qualifications through a candidate’s speaking voice, facial movements, and word selection. Use of this technology has been legally challenged and should probably be avoided until there is definitive guidance from the courts.

Records retention and data practices issues must also be addressed. If the city council is involved in the interview process, you will also have to consider open meeting issues.

Does the video software allow the city to maintain the records for the required amount of time (generally two years for most recruitment records)? Prior to implementing a video recruitment process, you will also want to think carefully about who can access videos under the Minnesota Government Data Practices Act (the job candidate at a minimum) and how to provide that access.

Whether conducting in-person or virtual interviews, if you want a refresher on the do’s and don’ts of interviewing, review Chapter 2 of the League of Minnesota Cities HR Reference Manual at www.lmc.org/hiring.