View the printable agenda for your council meeting (pdf). 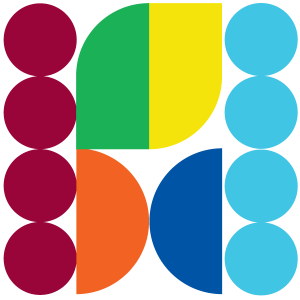 Get to know the 2021 Virtual Annual Conference presenters!

Learn more about the pre-conference and educational session presenters.

Dave Bartholomay is the mayor of Circle Pines and the program coordinator for the State of Minnesota’s Office of Collaboration and Dispute Resolution, where he helps state and local leaders increase their ability to resolve some of today’s most challenging public disputes. Dave’s passion is servant leadership and building a better community. He has a bachelor’s and a master’s degree in political science and has worked in leadership positions in local, state, and national government focusing on collaboration and innovation in public sector service delivery. Dave serves in a leadership position with many community organizations and has won numerous awards. He is currently writing a book on optimistic, authentic public sector leadership for local elected officials and administrators.

Rob Karwath is president and CEO of North Coast Communications, a strategic communications firm with offices in Duluth, Minnesota and Lawrence, Kansas. One of his clients is the Duluth Superior Area Community Foundation, where he provides media and communications counsel and introduces communities nationwide to Speak Your Peace: The Civility Project. Rob is a former print and television reporter, editor, and media executive. He also works as a journalism professor and general manager/news adviser of student media at the University of Kansas.

Educational Session One
Infrastructure Success Starts With the Whole Community

David started his planning career in 2005. He provides expertise in a variety of transportation planning services, including bicycle and pedestrian planning, public transportation, and public outreach and engagement. He takes pride in his work and recognizes that investment in active transportation modes helps to build healthier communities with a strong sense of place. David received his master of urban planning degree from the University of Michigan – Ann Arbor.

Mike is an urban planner who began his career in 2012. He has worked on community planning and design efforts across the country — from dense urban neighborhoods to Native American reservations — and witnessed first-hand the diverse ways in which people approach community design and identity. He loves the process of working alongside people to rethink and redesign the ways in which their neighborhoods look, feel, and function, all while promoting places that are inviting to all people. Mike received his master of community development degree from Vanderbilt University.

Amanda Beckler is the community education coordinator for the City of Marshall’s Community Services Department. She has been in this role for three years with prior experience in the K-12 educational setting. Amanda has had experience as part of the City of Marshall’s Racial Equity Cohort through GARE and is currently a staff liaison for the city’s newly developed Diversity, Equity, and Inclusion Commission. Amanda also is the co-creator for Cultures on the Prairie which is a community event designed to create a more welcoming space to have deeper and more meaningful conversations centered around diversity, equity, and inclusion.

Derrick serves dual role as executive director of the Hastings YMCA and a member of the Equity Innovation Center Team focusing on community boards and community initiatives. He is a 20+ year employee of the YMCA of the North with executive leadership experience working within suburban, urban, and rural communities to improve culture and inclusion. Derrick has created unique collaborations with city, county, schools, non-profits, and business associations by helping community leaders unite to identify and solve community issues. He has a passion for community engagement, working to establish and lead initiatives that empower leaders to remove barriers so the community can advance and sustain equity work.

Dave Wilske started his law enforcement career at the University of Minnesota Police Department where he worked for 20 years and left as the patrol lieutenant. Dave has been with the Hastings Police Department for four years and community outreach has been one of his goals. Dave graduated from the University of Wisconsin – River Falls with degrees in Criminal Justice/Physical Education and is a graduate of the Northwestern School of Police Staff and Command, Class #377.

Jeff has worked as the Biwabik City Administrator for over ten years. He has been an integral part of bringing local governments together to move forward together and maintain the expectations of the residents on the East Range.

Becky Lammi, Administrator City of Hoyt Lakes (formerly with the City of Aurora)

Becky has spent her professional life in local government. She continues to strive for collaboration between small cities and towns, while maintaining individual identities.

Chief Soular has been in law enforcement for over 30 years on the Iron Range. He has been in a leadership position for over 21 years, serving as chief for the past for seven years. He has a passion for community engagement and emergency management.

Mayor Weikum has served with the City of Biwabik since 2004 and has been mayor since 2008. He is also a member of the East Range Joint Powers Board and the League of Minnesota Cities Board of Directors.

Educational Session Four
Redevelopment and Transformation at Any Scale

Tom began his career in local government over 30 years ago but has spent the last 26 years in St. Louis Park. Nine of those years he was the community development director and the last 17 years has been as the city manager. The leadership he has provided for staff, council, and the community has led to significant redevelopment throughout the city; achievement of a AAA bond rating; creation and implementation of affordable housing polices and initiatives; numerous environmental initiatives including the creation of a climate action plan; implementation of intentional racial equity and inclusion efforts for the city; and renovation, construction; and reconstruction of majority of the city owned facilities. He is well respected by his peers and in 2014 was awarded the James. F. Miller Leadership Award.

Paul co-founded Iverson Reuvers in 2001 and has litigated cases on behalf of municipalities across the state his entire career. Among other interesting cases, Paul defended the constitutionality of the disorder conduct statute at the Minnesota Supreme Court, which involved a protester disrupting a city council meeting. He lost, by the way, but has practical suggestions for you to avoid being his next litigated file.

Mary is a shareholder with the law firm of Kennedy & Graven and has been representing cities for more than 20 years. She is currently the city attorney for several metro area cities and regularly attends council and other public meetings on behalf of her clients. Most of the time those meetings run smoothly, but not always, and that’s why we’re here.

Jason Ludwigson is the sustainability coordinator for the City of La Crescent. In this role, he coordinates the GreenStep Cities program, manages energy use with B3 Benchmarking, and works to integrate sustainable practices into all aspects of the city government. Jason has served in this role for the last three years.

After graduating from the University of Wisconsin – Stevens Point with a degree in natural resource management, Kristin provided environmental education in Nicaragua as a Peace Corps volunteer before working as the environmental coordinator at the City of Elk River and the local government coordinator (and GreenStep Cities co-director) at the Environmental Quality Board. Today, Kristin is the GreenStep Cities and Tribal Nations Coordinator with the Minnesota Pollution Control Agency (MPCA), supporting Minnesota communities with assistance and recognition in the GreenStep program.

View the printable agenda for your council meeting (pdf).